Many claims have been made about “Miracles” in Gujarat under during Mr. Narendra Modi era as chief minister. These claims give an expression that Gujarat was a “Bimaru” state before 2002 when Mr. Modi took over as chief minister of the state. I did some research and I found lot interesting facts, that I am sharing with you in the form of questions and answers. these are all based on my findings from various reports and mainstream media news articles….

Q 2. Where did Gujarat Ranked in 1990 among the top states of the country?

A. It was at number 3. Actually after 20 years of creating Gujarat climbed from number 8 to 3 in the nation.

Q 3. Which state produces 49% of domestic petroleum products and when were these refineries set up in the state?

Q 4. What about the human resource development in Gujarat?

A 4. The HDI of Gujarat is rated very low, and is in every report. Due to this, professionals from Gujarat are rated B.

Q 5. What is the result of much publicized Global Investor’s Summit?

A 5. Every state is starting lot of projects, MP government is also conducting annual global investor’s summits, same with Chhattisgarh governments, but Mr. Modi’s highly personalized publicity style projected these summits as success, but as per Gujarat Government’s report, not even one fifth of those MoUs signed in Global Investor’s summits in Gujarat were implemented.

One fifth of Vibrant Gujarat MoUs fail to take off: Government data – Times Of India

Q 6. When were most of the big industries setup in Gujarat?

A 6. Most of the big industries with exception of Tata Nano were setup in Gujarat before Modi’s regime, including but not limited to Amul, Essar oil, Essar industries, Reliance Industries, Krishak Bharatiya Co ltd.

A 7. No, in-fact Gujarat is even behind Uttar Pradesh in terms of size of economy, though it had been showing significant growth in terms of GDP but still falls behind Maharashtra, Uttar Pradesh, Andra and Tamilnadu. 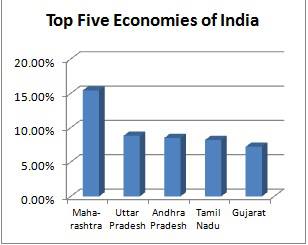 A 8. No it is far behind many states like Rajasthan, Madhya Pradesh, Chhattisgar, Bihar and Arunachal Pradesh.

Q 9. Does Gujarat has highest per capita income?

A 9. No Gujarat is far behind many states like Maharashtra, Harayana, Goa, Delhi, Chandigarh, Sikkim, Pudicherry, Andman

Q 10. What is the trend in terms of Gujarat state’s debt?

A 11 Between 2002 and present period the debt is doubled and reached to 101482 crore. It ranks far behind Madhya Pradesh and Bihar. It is within top 5 debt ridden states.

Q 12. Do any of the political party has anything to do with Gujarat Growth story?

A 12. An IIM A research clearly shows Gujarat growth is not because of any political people but new technology and reforms started in 1990s led to state’s spectacular prosperity.

IIMA research proves that Gujarat Growth is not because of political parties.